The Brown Marmorated Stink Bug (BMSB) (Halyomorpha halys) is one of Australia’s top 40 priority plant pests and needs to be kept out of Australia. It has the potential to severely impact our agriculture industries.

As recently as 28 February 2018, we were advised of more imports of BMSB into Australia. These detections found both living and dead insects in separate shipments of electrical components and bricks that had been imported from Italy. Insects were subsequently fumigated.

Description of the insect

The BMSB is a mottle-brown coloured shield-shaped stink bug (adults 12-17mm long) with distinctive black and white banding around the outer edge of the abdomen, and white bands on the last two antennal segments. Click here for Plant Health Australia’s BMSB fact sheet for more information.

Damage to crops including grapes

Juveniles and adults feed on, and can severely damage vegetable crops and fruit, including grapes. Damage to grapes further predisposes them to secondary infection; thus impacting quality and yield. Additionally, if BMSB’s are present in grape bunches when processed through the winery, compounds may be released from the stink bugs that can taint the wine. Click here for a scientific paper published in 2018 on implications for winemaking.

Points of entry into Australia

BMSB are most likely to arrive in Australia on cargo and containers between September and April, coinciding with late autumn and winter in the Northern Hemisphere.

Traditionally BMSB has been found on Australian shores from cargo originating in North America, Europe and Asia. A recent DAWR report “2016-17 Brown Marmorated Stink Bug Summary” describes the number of individual detection of the insects and number of living and dead insects found during these detections. Refer Figure 1 for a graphical representation of this data. 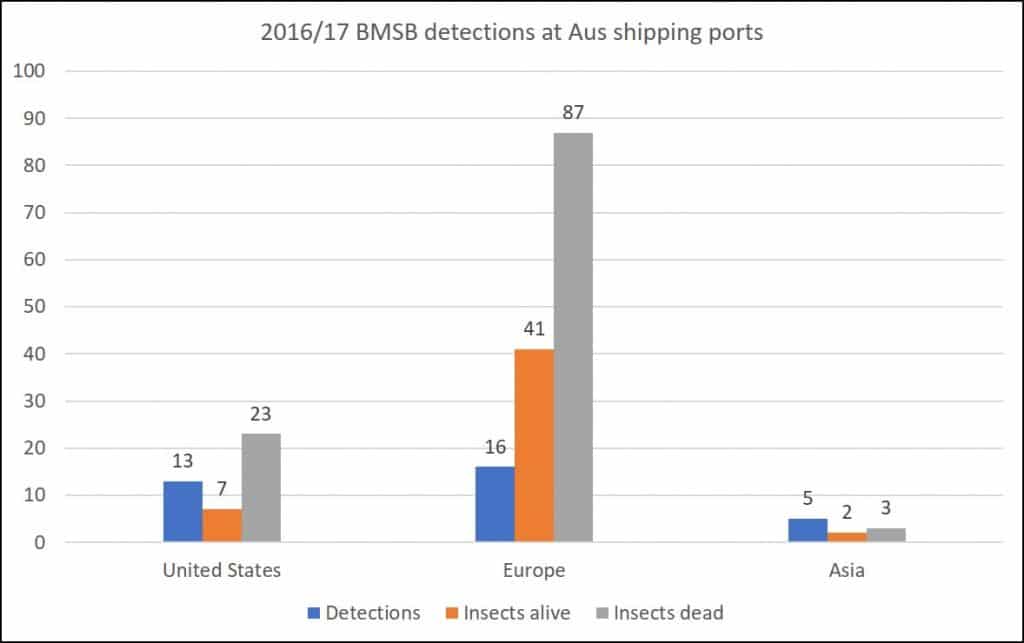 Figure 1. Details of Brown Marmorated Stink Bug detections on cargo in 2016-17 in Australia.

The Department of Agriculture and Water Resources (DAWR) has introduced measures to manage the risk of brown marmorated stink bugs during the high risk season for these pests.

During the 2017-18 season, DAWR staff found significant numbers of BMSB arriving in Australia in various types of containerised goods from Italy. A similar trend has been seen in New Zealand. To manage the risk posed by these goods, the department has implemented measures on all containerised goods shipped via sea cargo from Italy that arrive in Australia between 17 January 2018 and 30 April 2018. These containers will be required to undergo an approved treatment onshore. Goods already treated offshore with an approved treatment, and where a valid treatment certificate is presented to the department, will not require further treatment.

If you see any unusual pest in a shipping container or international consignment when receiving, unpacking or using the items, secure the goods to limit the movement of any animals or insects and immediately report it to the Exotic Plant Pest Hotline on 1800 084 881.

Think stinkbugs can’t be that bad?