We love reading Gourmet Traveller Wine magazine at Vinehealth Australia. It was a nice surprise to see the ‘Nursery school’ article in the latest issue, discussing the benefits of rootstocks.

“Given the seemingly vast price difference (three times the cost of own-rooted vines), why bother with grafting at all? Well, partly for the same reason the practice was introduced more than a century ago – to thwart an opportunistic insect barely the size of a pinhead known as phylloxera… Thankfully there was a way to save vinifera vines by grafting onto resistant rootstock,” writes the author Jan Faulkner.

“To put this into perspective, the reason you can enjoy Champagne, Burgundy, Barolo, Brunello di Montalcino, Rioja and much more today is thanks to rootstocks. Aside from a few areas… grafted vines are the norm in Europe.

“Not so in Australia… Most vineyards are planted on their own roots. That’s disconcerting given phylloxera hit in 1877 via Geelong and made its destructive presence felt in six regions across Victoria and two in New South Wales. That it hasn’t made it to South Australia is a miracle, but the state’s biosecurity measures are first-rate, led by Vinehealth Australia. It takes this menace very seriously.”

Vinehealth Australia CEO Inca Pearce says almost three quarters of South Australia’s vines are own-rooted. Why is it taking so long for producers to adopt rootstocks, Jane asks? “The high cost is the main barrier. And surprisingly, plenty of wine folk still regard grafted vines as inferior or rather it’s harder to dispel the myth that own-rooted vines are inherently superior. There’s actually no proof,” writes Jane. 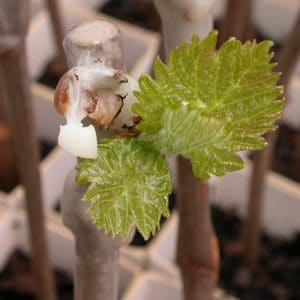 Gourmet Traveller Wine reports that, aside from phylloxera protection, rootstocks can be used to improve yield, increase or decrease vine growth, or mitigate problems such as salinity, acidity and drought.

What do you think? Do rootstocks play a role in wine quality? Do we need to ramp up our rootstock use? Send your feedback to admin@vinehealth.com.au and read the full Gourmet Traveller Wine article here.