Key to many Vinehealth Australia activities is geographically-referenced data, which allows us to interpret data for patterns.

Vinehealth’s GIS Specialist Brendan Tully produces a range of maps that can be found on our website, including:

As part of keeping an accurate vineyard register for South Australia, maps for all vineyards of 0.5 hectares or more are maintained. These maps help us to communicate with relevant growers directly about biosecurity issues or other incidents such as fires.

Vinehealth is a member of the Government Spatial Imagery Committee. Membership to this committee allows us to share costs with participating governmental agencies in the procurement of spatial imagery by pooling resources with committee members.

This year, the committee has procured Southern Fleurieu Peninsula 4 band imagery (Red, Breen, Blue and Infrared) which was flown between 10-13 December 2016 at 30cm resolution. This region was last flown in 2013.

Please contact Brendan Tully on (08) 8273 0553 or via email at if you’d like to obtain some new maps or discuss the maps that we have of your property. 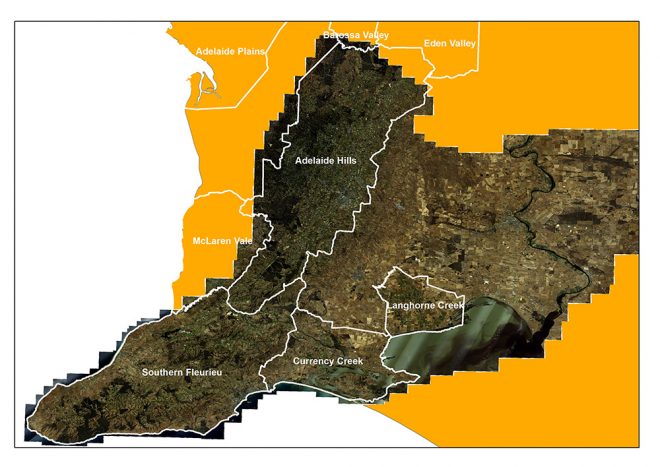