Vinehealth Australia wishes to acknowledge the 18 years of work to date Dr Kevin Powell, Australia’s authority on grape phylloxera, has contributed to the grape and wine industry. Kevin is a Principal Research Scientist – Invertebrate Sciences, for Agriculture Victoria based at Rutherglen, where he has worked since 1998. Kevin also holds the roles of Adjunct Associate Professor at both Charles Sturt University and University of New England.

Kevin’s background in entomology is extensive, having worked on many other pests important to viticulture, including Glassy Winged Sharpshooter, grapevine scales and Queensland Fruit Fly. He has also worked on pests important to other industries including Woolly Apple aphid, leaf hoppers in tobacco, cereal aphids, African Black Beetle, Giant Pine Scale in Australia and sweet potato weevils in Papua New Guinea. He also worked in International agriculture centres in Italy and Syria.

In conjunction with undertaking research, Kevin engages frequently with industry grower groups, and biosecurity committees maintaining and raising awareness of the risk of phylloxera to the viticulture industry and has authored and co-authored numerous scientific papers, book chapters and other publications.

Some of Kevin’s past research on phylloxera has focussed on:

In coming newsletters we will work with Kevin to present findings from current and past research. 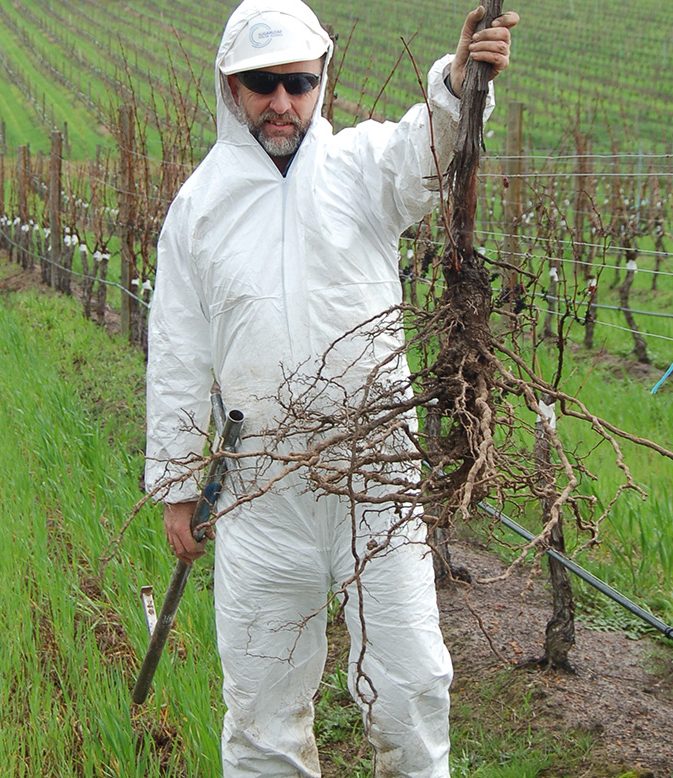