He’s been running his business since 1998, and operates eight Braud machines between Victoria and South Australia. Ben is committed to best practice biosecurity management, and goes beyond current regulations to ensure his machines are free of pests and diseases.

Ben is also the Managing Director and Vineyard Manager at Best’s Wines in Great Western, and fifth generation of the Thomson family at the 150-year-old wine company.

“I’ve been harvesting grapes since I was a teenager,” Ben says. “Starting a contract harvesting company just grew from that.”

Ben made a conscious decision back then to only harvest in Phylloxera Exclusion Zones (PEZ) – phylloxera free areas. He says that’s been good for business, and important for his own peace of mind.

“Because I’m moving between regions, the last thing I want is to be that person who is responsible for the spread of a pest or disease, particularly phylloxera,” Ben says.

“So I made a decision not to harvest in Phylloxera Infested Zones – there are no exceptions. Then my customers know I don’t go there, which is clear and simple.”

Due to the difficulty in moving harvesters between states, Ben keeps four machines in SA and four in Vic.

“To move a grape harvester from Victoria to South Australia, I need to strip the machine down, clean it, get it inspected and get a Plant Heath Certificate,” Ben says. “That’s not a quick process – it takes about a week – so it’s easier to keep machines in each state during the season.”

But Ben doesn’t stop at washing down machines. He also heat treats his harvesters before moving them between PEZ areas within the same state, even though this isn’t mandatory according to current state quarantine regulations,

“I don’t have to heat treat the machines because I’m moving them from one phylloxera free area (PEZ) within a state to another, but I do it anyway for my own peace of mind,” Ben says.

“I think all machines should be regularly heat treated. Heat treatment is a sterilisation method for phylloxera, but I think it gives vineyard owners added confidence that other pests, diseases and weeds will not be brought onto their properties by contract machines.”

Ben heat treats his harvesters in his own mobile heat shed, which he set up eight years ago for about $1500. It’s a polyurethane tent that hangs from six points inside a shed, with two gas heaters to push the temperature inside the tent up to 60 degrees. Ben has since been certified to heat treat machines in this purpose-built tent. “It would be good to see more contract harvesters doing this. Any contractor could set up a heat-treating tent pretty easily and pretty cheaply,” he says.

Ben would also welcome more consistency between states when it comes to the movement of machinery. “Different state regulations can be confusing for people,” he says.

“Of course, I still thoroughly clean and heat treat my machines before moving them between wine regions – that’s just my policy. But the regulations should be consistent.”

Ben would like to see the relevant authorities in South Australia and Victoria decide on a consistent and effective set of rules around the movement of equipment and machinery between states.

“I really think it comes down to authorities in each state understanding each other better, and understanding the needs of the industries they represent,” Ben says. 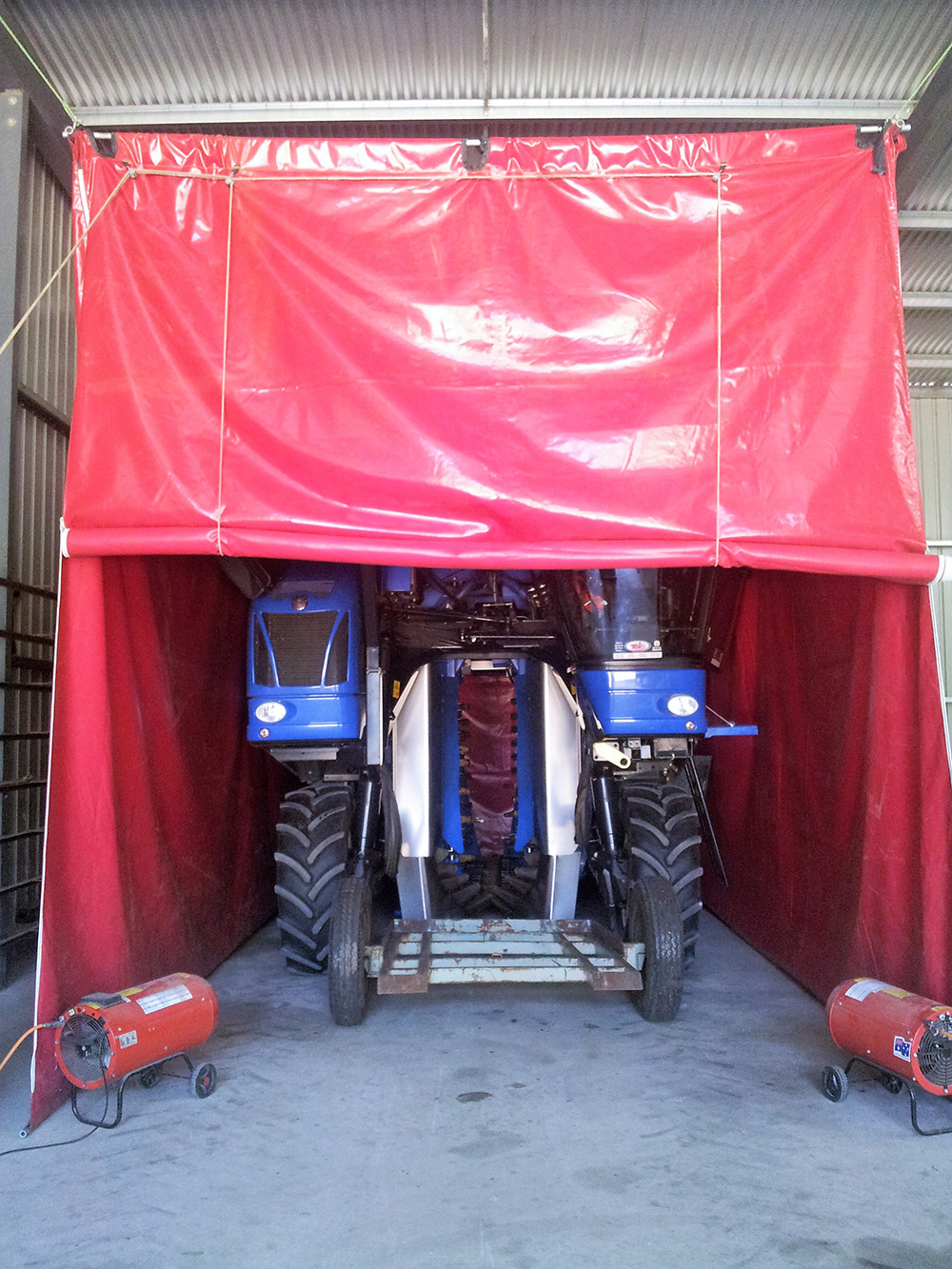 This is part of series of case studies where we look at best practice biosecurity philosophies implemented in agriculture. Would you like to be featured in a case study? Email your details to Cindie Smart at .