Vinehealth Australia Technical Manager Suzanne McLoughlin and James Hook, McLaren Vale Agronomist and Grapegrower, attended the Australian Government’s International Xylella Symposium in Brisbane in May. Xylella fastidiosa has been named the number one unwanted plant pest for Australia. James Hook shares his learnings about the disease with Vinehealth Australia.

Like all good ABC kids born in the late 1970s I was raised on a diet of Doctor Who. I shrank behind the couch as each monster of the week was battled. Zygons, Daleks, Cybermen came and went. I cringed through it. I wished and hoped.

When I first heard the briefing on Xylella fastidiosa (Xylella rhymes with umbrella), the pathogen declared Australia’s most threatening plant pest, I felt sick in the stomach. Xylella is an “in-real-life” monster.

Xylella needs a host species, a sap-sucking insect to spread it and a suitable climate. Australia offers these. Xylella gets monstrous when you put host, pest and climate together.

In the briefing, the disease seemed unstoppable; a plant killer and an agent of farm destruction. Xylella has no known treatment in living plants save hot water treatment and can skip through quarantine hosted by flighty insects, or in imported plant material.

I knew a little bit about Xylella without realising it (maybe you do also). Xylella is known as Pierce’s Disease in the United States when it infects grapevines. I remember learning a little, in the early 2000s, when Californian publications had headlines like Vineyard Armageddon.

I knew that after an initial shock, a workable solution had been found. I had read that after severe damage in the southern wine regions of California (i.e. Temecula county) a successful partnership between government agricultural departments, university researchers and growers was formed.

I assumed Xylella was stopped somehow. I guessed that Pierce’s Disease was manageable (yes, in California they have been able to control the insect that spreads it, the Glassy Winged Sharpshooter, much in the same way South Australia deals with fruit fly). I haven’t heard much about it since. I felt safe all the way over here in South Australia. It’s a long way, plus we have good quarantine.

The briefing I was hearing demonstrated I was wrong. Xylella is Australia’s most threatening plant pest for reason.

In October 2013, the Xylella bacterium was found to be infecting Olive trees in the region of Apulia in southern Italy (think the heel of the boot). Xylella bacterium had never previously been confirmed in Europe. It was contained to the Americas, where it is native, and a few random incursions into Iran and Taiwan.

Through DNA analysis scientists have traced the first Italian infection to a single plant, likely a coffee or an ornamental plant imported from South America.

Upon infecting Olive trees, the disease has been called Olive Quick Decline Syndrome (OQDS). Xylella infection causes withering and desiccation of shoots, distributed randomly at first but which then expand to the rest of the canopy. In the affected groves, all trees show symptoms.

This results in the collapse and death of the trees. 1500-year-old olive trees die, or are reduced to a couple of pathetic suckers from the previously majestic trunk. 10-year-old trees die. Trees die.

By the beginning of 2015 it had infected up to a million trees in the southern region of Apulia. Now it is closer to 10 million trees.

Some of this rapid spread was self-inflicted. The initial steps of quarantine failed. At first Italian Olive cultivators resisted calls to cut down the trees to create a buffer zone and halt the spread of the bacterium, which in their case is transmitted by a local insect, the meadow spittlebug.

They staged protests and challenged European Union directives in Italian courts. Farmers stood and wept when their trees were bulldozed and burnt, they hung banners that said “Xylella is MAFIA”, and the initial eradication program was temporarily halted by court challenges.

But in 2016 the EU court in Luxembourg ruled in favour that infected trees needed to be chopped down and burnt. Trees which do not show signs of the disease will have to be removed, if they are within a 100-meter radius of trees known to be infected.

The Italians are now fully fighting Xylella after seeing the scale outbreak. They have developed a functional buffer zone and are implementing their eradication program in that zone.

They are determined to keep the disease in the far south. Quarantine Xylella away from the rest of Italy, and Spain, and Greece and north Africa. They are using all the technology we now have available, drone imagery, geo-tagging and developing DNA infield testing.

What does Xylella mean for Italy’s grapevines? Here is the only good news I’ve heard – they are ok to date.

Scared by the Italian outbreak, other countries have started checking for Xylella. In July 2015, Xylella fastidiosa was found in Corsica. In October 2015, it was found in Mainland France, near Nice. By August 2016 in Corsica Xylella had been detected in several hundred places, concentrated mostly in the south and the west of the island.

In these cases, Xylella has been found, relatively harmlessly, living on host trees and bushes or in glasshouses, it hasn’t caused a disease outbreak in commercial farms.

In response to new regions detecting positive to Xylella the European Union has formed a taskforce to take an across all borders approach (the POntE project).

In this article, I have used deliberately simplistic language to describe a complex problem. I have done this to get you to read this far. It is not all doom and gloom in Europe. The Olive buffer zone may hold and grapevines seem safe to this date. California has been conducting a highly successful Pierce’s Disease program since 1999. There premier regions, Napa and Sonoma are free of the Glassy Winged Sharpshooter.

Xylella DOES HAVE serious implications if it were to come to Australia. Even if we developed a successful management program it would add to the cost of grape growing here. If we didn’t manage Xylella could you imagine the horror of pulling out vineyards as a last gasp to create a buffer zone?

My take home message is; as we don’t have a TARDIS time machine to go and stop infections after they are here, quarantine is key. Our quarantine system must be backed up by the industry. Do not underestimate the cost of allowing pests, diseases or both into Australia. Be aware of the risk that plant importation poses. If you ever question why we have levies, fees and an organisation structure in our industry, look at the olive trees in Italy. Learn and educate. Don’t hide behind the couch.

It was interesting to read that within a matter of weeks after the Xylella symposium, Nature[1] reported that the European Commission’s audit of the Italian authorities’ dealings with Xylella has raised concerns that delays in containment measures could now threaten the whole of Europe’s olive industry. The European Commission claims that Italian authorities failed to use significant budgeted funds for containment measures, they began systematic monitoring of the infection far too late and excessively delayed uprooting some infected trees.

Vinehealth Australia believes these are pertinent factors which we in Australia cannot afford to ignore in our preparedness for Xylella and other exotic pests and diseases. 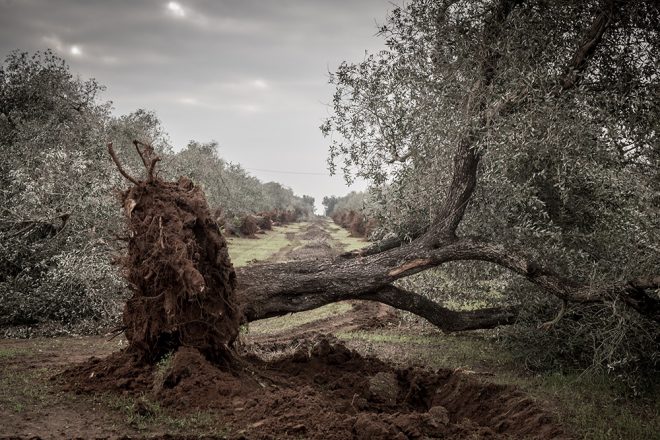 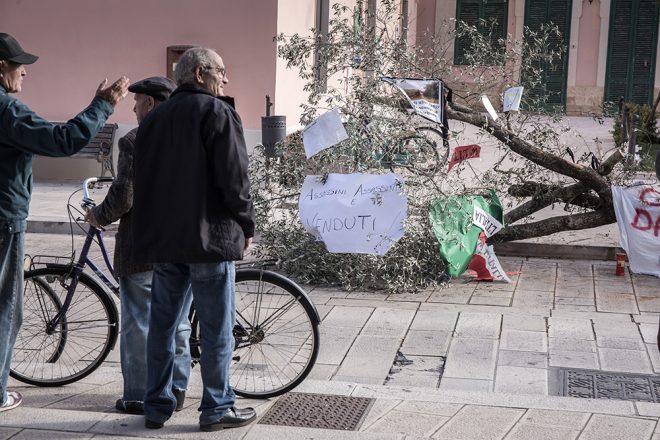 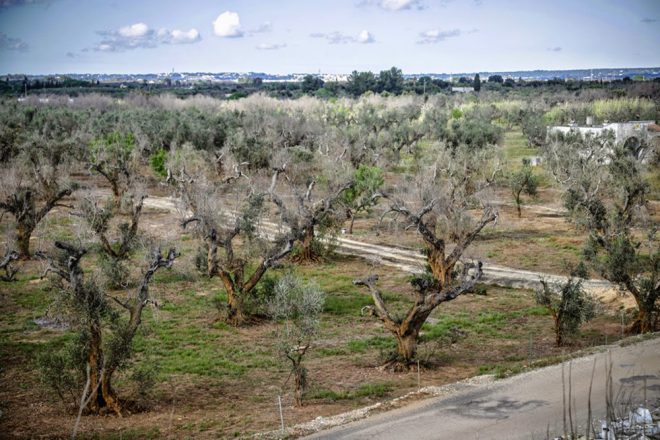