Vinehealth Australia has thrown its support behind vineyard owners whose properties border the routes of this year’s Tour Down Under cycling race held between 14-22 January.

The Tour Down Under commands international attention with top teams and riders competing and offers a festival of entertainment and action on and off the bike. But it’s also an important time for heightening biosecurity measures to protect vineyards from pest, disease and weed incursions due to increased tourist activity near vineyards.

“We used the vineyard maps that we maintain and overlaid the Tour Down Under routes to create a list of growers whose vineyards were within 50m of the planned tour routes and then sent letters offering the free event-specific Tour Down Under farm-gate signs for their vineyards to display during the event,” says Vinehealth Australia Technical Manager Suzanne McLoughlin. “More than 30 individual growers responded, with approximately 50 signs being hung.”

Vinehealth Australia has produced these signs to highlight the importance of being vigilant and to ensure that unauthorised people do not enter vineyards during the TDU.

As well as farm-gate signage to improve awareness of biosecurity issues, Vinehealth Australia advocates for vineyard owners to create a barrier between vineyards and the road – either temporary or permanent – and having human presence on the day to ensure tourists are not parking on or entering vineyards. 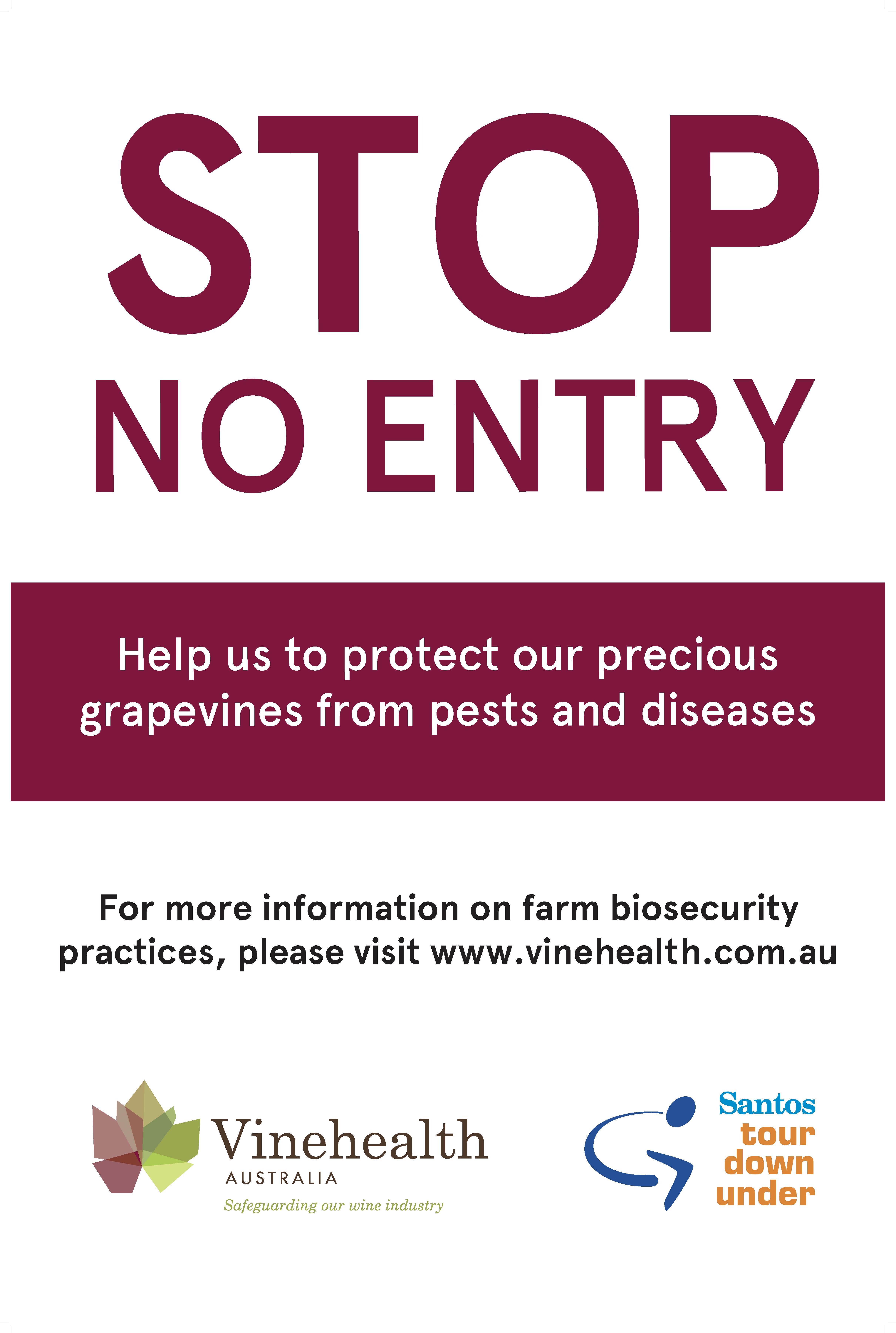