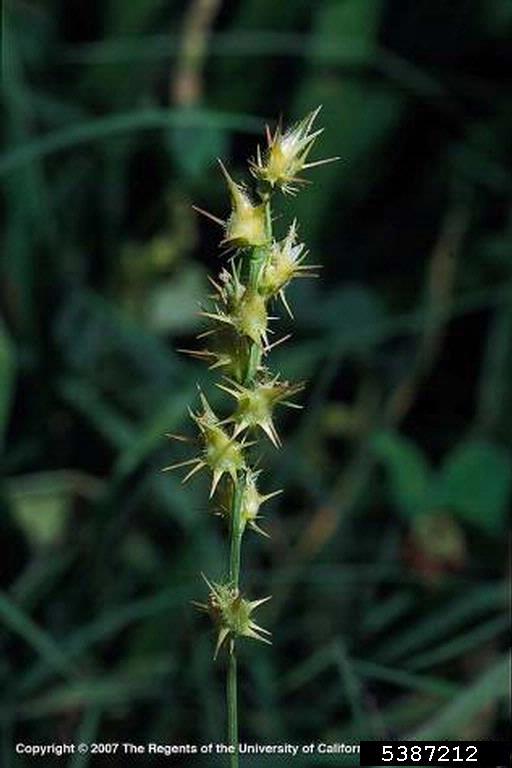 Innocent Weed species are fast-growing, erect or prostrate, annual grasses originating from North America that produce spiny burrs. They grow up to 60cm high and have a shallow, fibrous root system. Innocent weed is a pest plant in pastures and irrigated crops. Fruiting bodies are produced from December to April. They are clusters of straw coloured burrs with barbed, purplish spines 7mm long.

It is found mainly in dry, sandy soils where there is little competition from established plants. Infestations are most likely where vehicles, stock, fodder and camping equipment provide sources of contamination. It is a significant pest in vineyards and a problem in recreational areas and roadsides, particularly where summer moisture contributes to growth.

Small and isolated patches of innocent weed can be easily grubbed out. Good hygiene practices for the movement of stock, hay, seed, produce, machinery and footwear, greatly reduce the possibility of new infestations. 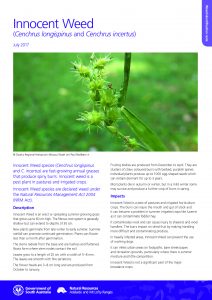