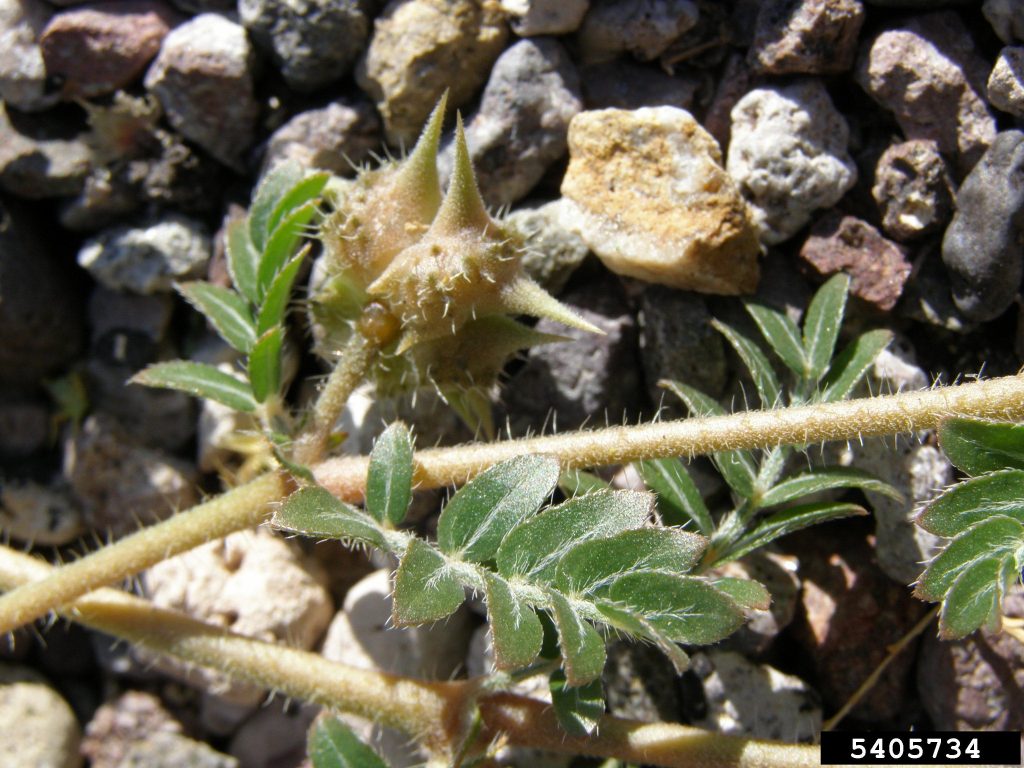 Caltrop is a flat, sprawling, summer-growing, annual herb, originating from the Saharan area of North Africa. It prefers warm-temperate regions on light-textured soils and commonly occurs where there is little competition from other plants. Caltrop is a significant pest in summer crops as it is able to extract soil moisture from a great depth, allowing the plant to thrive in very dry conditions.

Caltrop produces woody burrs with 6mm long sharp rigid spines that can remain dormant in the soil for up to five years. The burrs are a hazard in horticulture, particularly in hand-picked crops and to shearers. The burrs readily attach to the feet of animals, vehicle tyres, rubber-soled shoes and almost any object that is placed on it. The burrs also become embedded in sheep fleece and are a hazard to stock, damaging the feet, mouth, stomach and intestines of animals. Caltrop is toxic to sheep and may present similar problems to native fauna.  It is a weed of cultivated crops, orchards, vineyards, over-grazed pastures, stockyards, roadsides and wasteland. 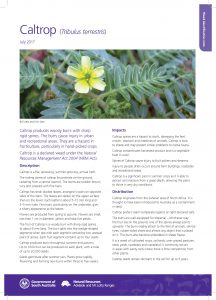