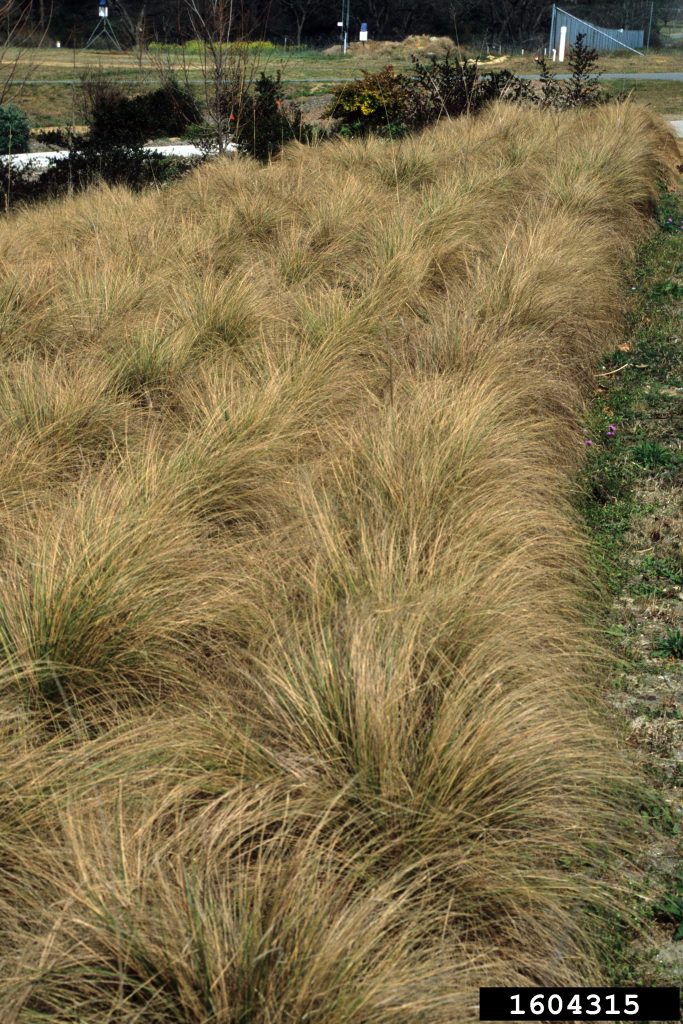 Status in South Australia: It is a declared weed under the Natural Resources Management Act 2004 (NRM Act).

African Lovegrass, introduced from east Africa, is a hardy, perennial grass that invades pasture and native vegetation and is widely distributed in Australia. It forms large tussocks that grow 30-120cm high and seeds germinate in autumn or spring. Whilst young plants are nutritious and are readily grazed, mature plants become unpalatable by stock and if unchecked, can spread and form dense infestations. This grass is a threat to high value pastures and prefers acidic sands and sandy-loams in the 400-700mm rainfall belt in SA.

To prevent the spread of African Lovegrass, avoid working in infested areas; decontaminate stock, equipment, footwear, machinery and vehicles prior to moving out of an infested area; and carry out weed control prior to seed set.

African Lovegrass is easily confused with other tussock-like grasses such as Poa Tussock (Poa labillardieri). The identity of possible infestations should be confirmed before control measures are taken.