Live brown marmorated stink bugs have been found in electrical equipment in western Sydney that came from Italy, according to reports in the past week.

The brown marmorated stink bug (Halyomorpha halys) (BMSB) is one of Australia’s top 40 priority plant pests. This insect, currently exotic to Australia, is most likely to arrive on our shores between September and April, coinciding with late autumn and winter in the Northern Hemisphere, a time when the insect is looking for places to shelter. The BMSB is most likely to be found hitchhiking on cargo and in shipping containers.

The BMSB is a mottle brown coloured shield-shaped stink bug (adults 12-17mm long) which looks similar to many Australian native stink bugs. It has distinctive black and white banding around the outer edge of the abdomen, and white bands on the last two antennal segments.

Juveniles and adults feed on fruit and vegetable crops (including grapes), severely damaging them and further predisposing them to secondary infection. If BMSBs are present in grape bunches when processed through the winery, compounds may be released that cause wine taint.

If you receive imported goods, particularly via shipping container, be vigilant in looking out for the BMSB and anything else unusual. If you spot any pests, leave the cargo in place, secure and seal it and contact the Department of Agriculture and Water Resources Hotline on 1800 798 636. 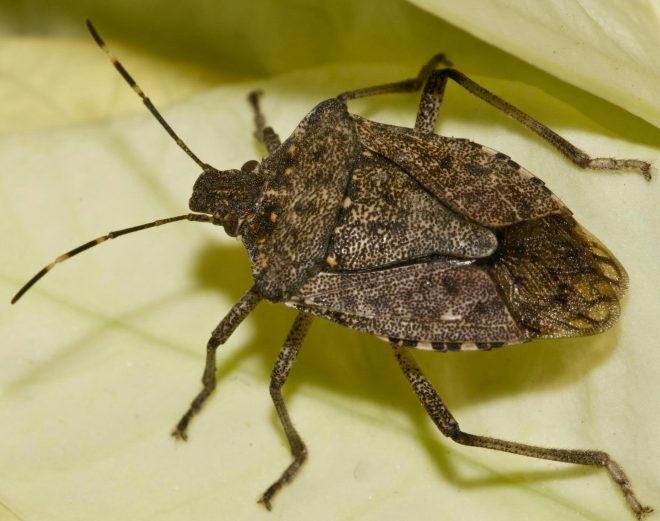